Education for all boys and girls

Discrimination in education is the act of discriminating against people belonging to certain categories in enjoying full right to education. It is considered a violation of human rights. Education discrimination can be on the basis of ethnicity, nationality, age, gender, race, economic condition, disability and religion.
he EHRC explains that in the Equality Act, race can mean your colour, or your nationality (including your citizenship). It can also mean your ethnic or national origins, which may not be the same as your current nationality. For example, you may have Chinese national origins and be living in Britain with a British passport.
Race also covers ethnic and racial groups. This means a group of people who all share the same protected characteristic of ethnicity or race.
A racial group can be made up of two or more distinct racial groups, for example black Britons, British Asians, British Sikhs, British Jews, Romany Gypsies and Irish Travellers .

You may be discriminated against because of one or more aspects of your race, for example people born in Britain to Jamaican parents could be discriminated against because they are British citizens, or because of their Jamaican national origins.
In many parts of the world, such racial, ethnic, and religious discriminatory practices are still widespread. They take on many forms, at times dramatically brutal and at others sly and underhand. It is detrimental to group and individual identity and to living together peacefully. Its aim is to highlight the disparities between girls’ and boys’ experiences of school and encourage the international community and national governments to achieve gender equality in schools and bring about an end to gender discrimination.
Gender equality is not only a fundamental human right, but a necessary foundation for a peaceful, prosperous and sustainable future. Eradicating gender issues means a world where women and men, girls and boys all enjoy equal rights, resources, opportunities and protections.
Empowering girls from the start is proven to have lasting and compounding benefits over the course of their lives. When girls are supported to be active in civic and political spaces, in particular, they are empowered with the tools and skills they need to be drivers of positive change in their families and communities. Girls are the experts of their own experiences, priorities and needs, and are powerful catalysts for a a world where gender equality flourishes.

There are four main types of racial discrimination:

It can be direct or indirect, it may also take the form of harassment or victimisation.
We outline these different types below:

It is indirect race discrimination to have a rule or policy which people of a particular racial, ethnic or national group are less likely to be able to meet than other people, and this places them at a disadvantage.
Examples of indirect discrimination might include: an employer insisting that candidates for a job should have UK qualifications the banning of wearing headscarves, or insisting on the wearing of skirts, at work or at school
We have written another article on the topic of adhering to dress codes in schools. If you think that indirect race discrimination might have occurred, you may be able to make a complaint about it. However, if the person or organisation you are complaining about can show that there are genuine reasons for the rule, policy or practice and that it has nothing to do with race, this won’t count as discrimination.
For example, an employer may be able to show why an employee needs to have gained their qualifications in the UK in order to work in a particular role. If they can do this, there won’t have been any discrimination.

Harassment occurs when someone makes you feel humiliated, offended or degraded. For example: a young British Asian man at school keeps being called a racist name by colleagues. His colleagues say it is just banter, but the employee is insulted and offended by it
Harassment can never be justified. However, if an organisation or employer can show it did everything it could to prevent people who work for it from behaving like that, you will not be able to make a claim for harassment against it, although you could make a claim against the harasser.

This is when you are treated badly because you have made a complaint of race related discrimination under the Equality Act. It can also occur if you are supporting someone who has made a complaint of race related discrimination. For example:
the young man in the example above wants to make a formal complaint about his treatment. His manager threatens to sack him unless he drops the complaint
Employers should ensure they have policies in place which are designed to prevent race discrimination in:
recruitment
determining pay, and terms and conditions of employment
training and development
selection for promotion
discipline and grievances
countering bullying and harassment
when an employee is dismissed

Steps to be taken in order to prevent it from happening: 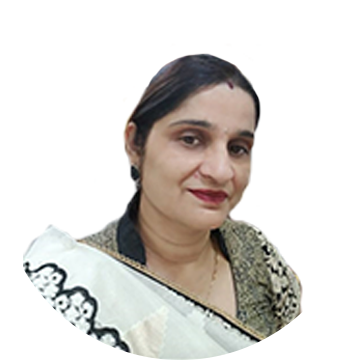 What is racial discrimination?

Racial discrimination is an extension of racist thoughts or feelings. It is discrimination (i.e. a behaviour or practice) based on a person’s skin colour, cultural heritage or nationality which stops the victim from participating fully in public life.

Racism is a combination of attitudes, beliefs and behaviours, such as believing your race is superior to another race, offensive or aggressive behaviour towards someone due to their race, language, or culture.

How do I know whether a comment is Racist?

A comment is racist if person is offended by a comment about or relating to their skin colour, nationality or cultural background regardless of whether or not the comment was intended to be hurtful or offensive.

Racism can happen just about anywhere. Research indicates that racism happens most frequently in the neighbourhood, shops, and in the workplace. It also happens on public transport, at sporting events or at schools. Racism is sometimes expressed in the media.

Discrimination affects people’s opportunities, their well-being, and their sense of agency. Persistent exposure to discrimination can lead individuals to internalize the prejudice or stigma that is directed against them, manifesting in shame, low self-esteem, fear and stress, as well as poor health.

Education discrimination can be on the basis of ethnicity, nationality, age, gender, race, economic condition, disability and religion.

Why is it important to challenge discrimination in schools?

Prevent and challenge discrimination-
Help all children to feel good about their race, ethnicity, culture and faith. stereotypes which can undermine their wellbeing and sense of self. foundation stage upwards, schools can include work about acceptance and about avoiding stereotypes and prejudice.

How can schools improve discrimination?

Ensure staff and pupils understand what behaviour is expected of them. Acknowledge that discrimination exists in wider society, and that it can lead to discriminatory bullying in schools. Be clear that reports of this behaviour will be taken extremely seriously and that such behaviour won’t be tolerated.

How can a school address discrimination at school?

Schools can tackle discrimination by promoting democracy, respect for human rights and citizenship. To ensure that all students’ needs are met equally, schools need to prioritise language and cultural competences, in history and gender equality.